Barcelona is an eclectic Mediterranean city in Spain known for its architectural masterpieces, start-up business culture, coastline, and tapas style of cuisine. With a population of 1.61 million, it is Spain’s second-largest city and largest city in Catalonia. Barcelona has a rich political history and pride in its Catalonian heritage that is ever-present throughout the city and region.

Alongside its bustling tourist areas, Barcelona is home to 68 parks and four miles of sandy beaches. The city is home to so many cultural events and sporting events to attend, museums to visit and cultural sites to explore, there is always something to do while in Barcelona. While close to the beach, mountains to hike and ski are close by in the Catalonian region, allowing you to enjoy a plethora of outdoor activities. Known as one of the world’s most LGBTQIA+-friendly cities, everyone can find their place in this dynamic Spanish city. 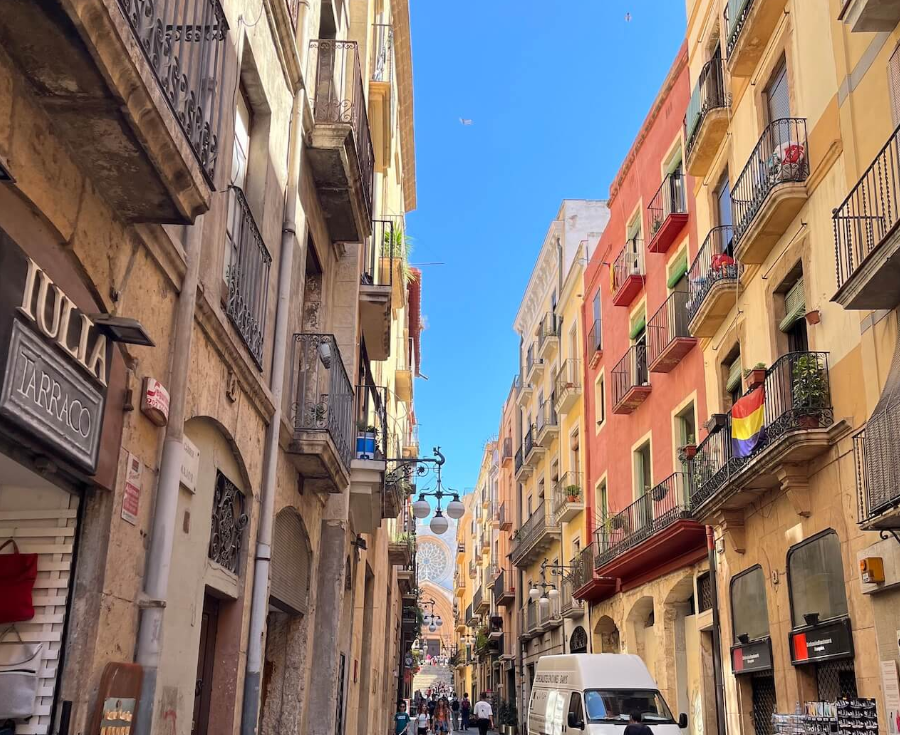 The CAPA Barcelona Center finds itself in Plaça de Catalunya, the city center and where the old city meets Eixample. The Center is steps from public transportation, markets, shops, and Las Ramblas.

You’ll share the center with students studying on CAPA and CEA Study Abroad programs. The center houses 16 classrooms, a student lounge, a study area, and the entire CAPA Barcelona team. 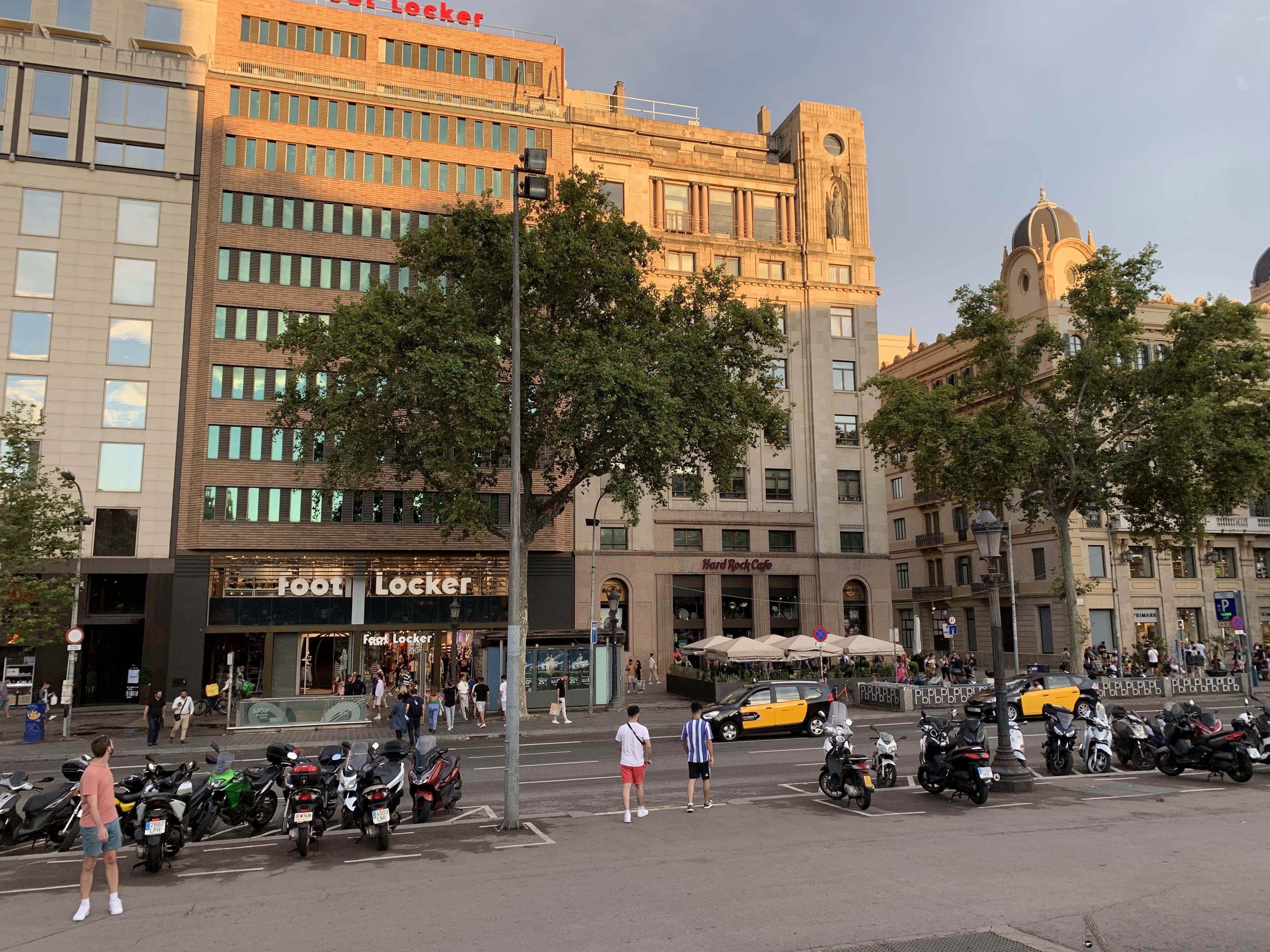 Barcelona is known for its laidback lifestyle, despite being a major global city. There is still the hustle and bustle of a large metropolis, especially during tourist season, but residents take the time to enjoy the company of family and friends and all the pleasures Barcelona has to offer. But don’t confuse being laidback with laziness. Barcelona is an extremely active city! The weather allows residents to live an active and outdoor life all year round. You’ll see runners, walkers, and bikers enjoying the parks and beaches of the city. Sports are also a major part of Barcelonian culture, with FC Barcelona and Camp Nou being a major point of pride for the city.

Spaniards in general are known as direct communicators who are comfortable speaking openly and showing emotion, and this doesn’t differ in Barcelona. Getting to know one another through conversation and over a meal is important to building strong relationships. An eagerness to learn about the city, its people, and its history are important to connect with this global city.

Most notably, Barcelona is known for its late-in-the-day way of life. Many shops don’t open their doors until 10 am, and lunch is not typically eaten until around 2 pm. Finding yourself sitting down for dinner at 10 pm or later is the standard. Don’t be surprised if you arrive at an empty restaurant with a 7 pm reservation outside the tourist areas, where most restaurants don’t even open their doors until 8pm. On Sunday’s most services, especially those outside the city center, will be closed and public transportation run at a much lower frequency. Barcelona has a character and charm; unlike any city you may have experienced before. 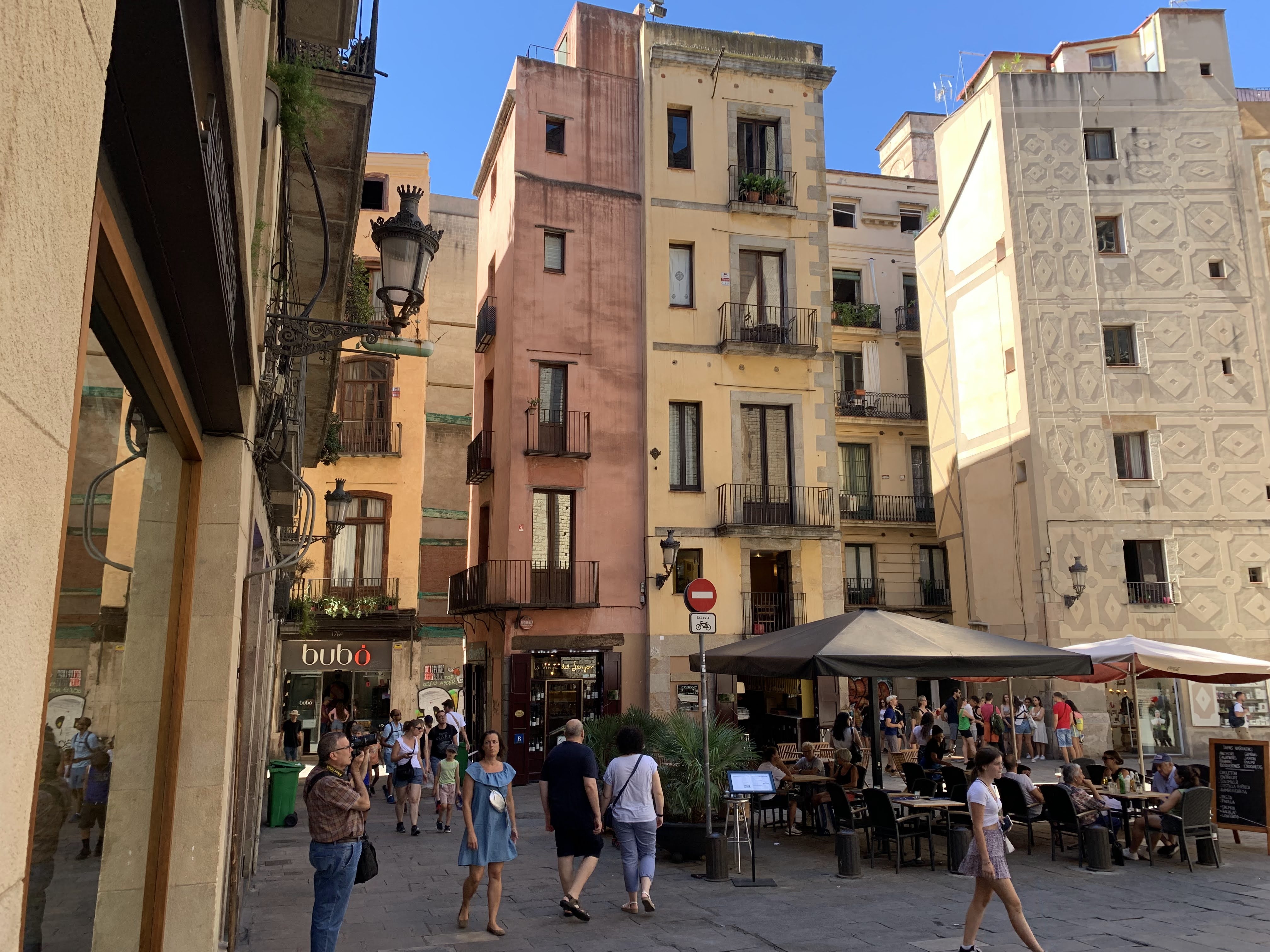 Barcelona has an expansive transportation system that will allow you to navigate the entire city. You’ll discover that the metro is the primary form of transportation for those who live and work in the city. The metro consists of 12 different lines that run every two to four minutes—which may seem overwhelming at first—but you’ll find it is actually quite easy to navigate! Lines run from Point A to Point B with stops along the way, and then back again. Once you determine where you are going, you just need to ensure you are on the line heading in the correct direction. Maps of the metro and lines are abundant in the stations.

Buses are another great option for traveling around Barcelona, as there are over 230 bus lines! Buses run on a regular schedule, so it’s easy to look up when a particular bus will arrive and depart. Rent-a-bikes are also located around the city, should you choose to get some exercise out of your commute. Regardless of what mode you choose, there is a way to get everywhere in Barcelona! 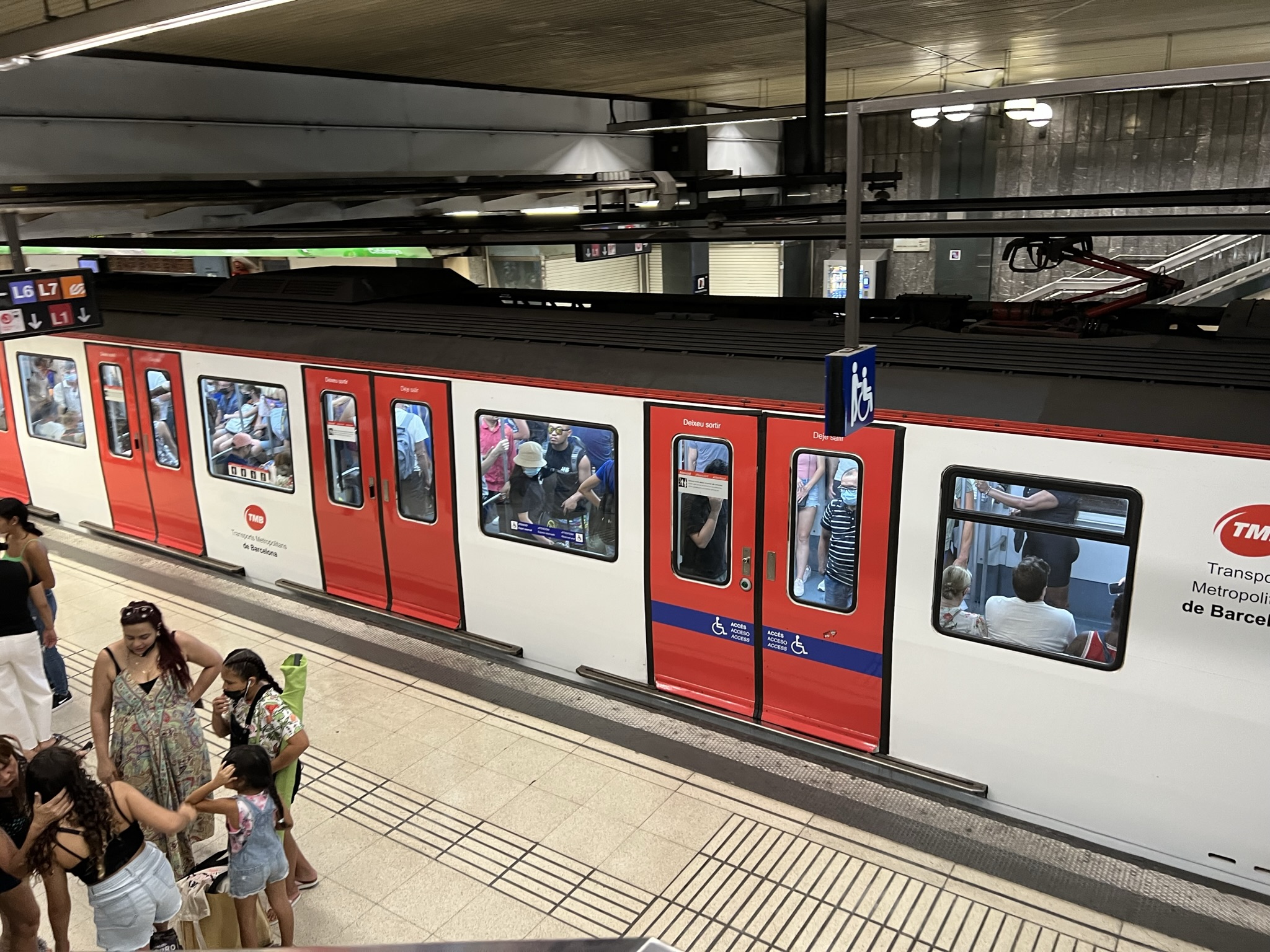 While you may expect a city in Spain to speak only Spanish, Barcelona has an additional official language, Catalan. Catalan s similar to Spanish and it’s often described as a mix of Spanish and French. As the official language of the Catalonian region, the language plays an important role in the city. The deep-rooted pride in their Catalan heritage keeps this language alive and well throughout the streets and home of Barcelona, with the language being understood by 95% of the population. Upon your arrival, you may be surprised to see that the majority of the signage across the city is written in Catalan. It is highly recommended to learn some basic Catalan before you embark on your study abroad experience in Barcelona, in addition to Spanish.

Don’t worry if you aren’t fluent in either language though, a majority of the population also speaks English. However, it is important to embrace the language culture and be open to testing out your Spanish and Catalan skills. 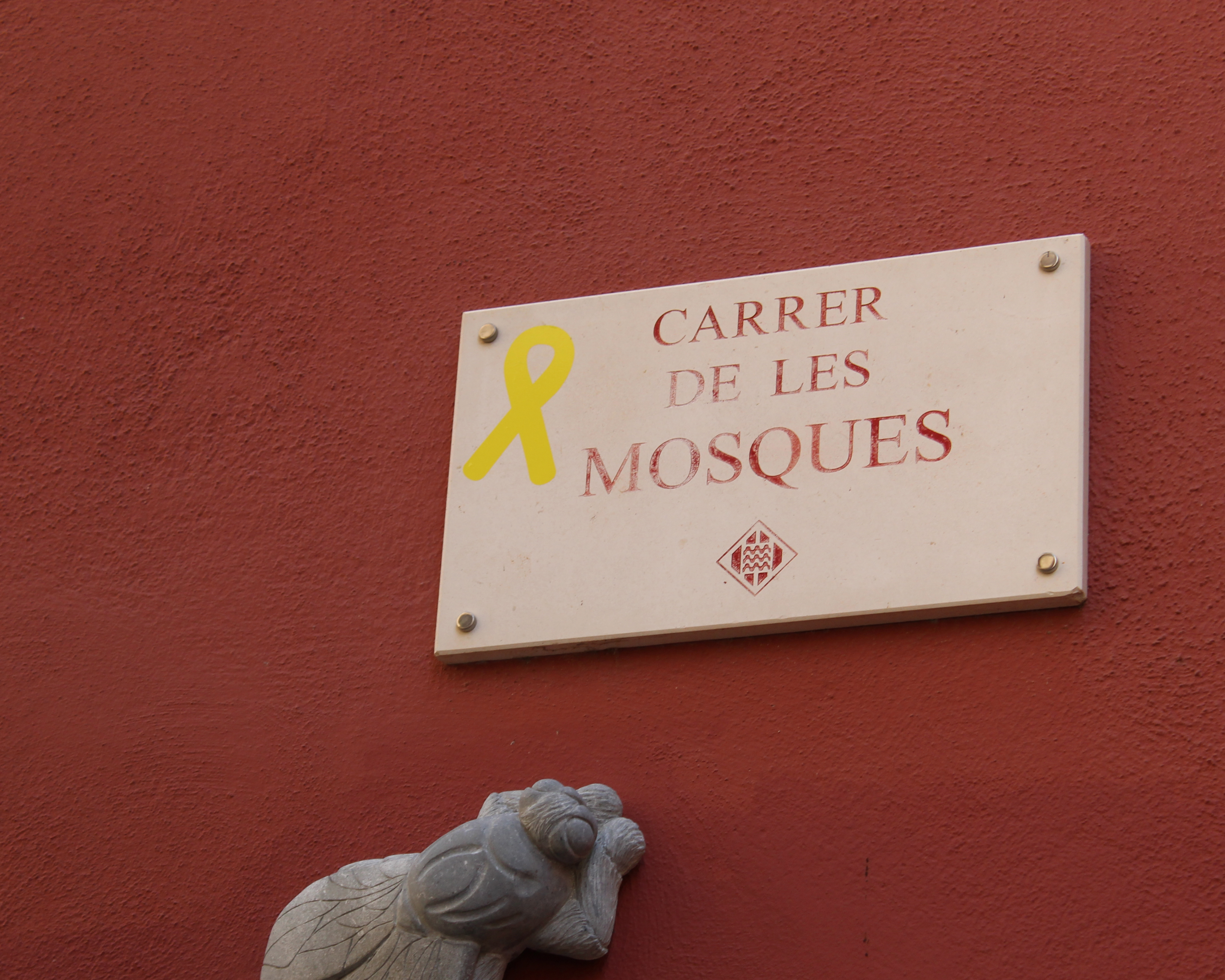 The euro (EUR) is the official currency of Spain and is used across 19 of the 27 members of the European Union. The euro and the US dollar have an almost equal exchange rate, with whom it favors going back and forth from time to time.

You may want to purchase a wallet with a change pouch, as you’ll get €1’s and €2’s back in the form of coins, not bills! It’s always good to have some cash, there are still some places where they don’t accept payments under a certain amount to be paid by card.

Hot, dry summers and cool, wet winters summarize the Mediterranean climate of Barcelona. Summer students will find themselves living abroad during the hottest months of the year, while Spring students will begin their semester when it is the coldest in Barcelona. Temperatures range from 54 to 56 °F in January and from 81 to 88 °F in August, making it a great location for outdoor activities all year round, whether you’re on the beach or taking a hike.

If you come to Barcelona between December and early March, you may still want to bring a winter jacket. Temperatures might not be as low as some parts of the US, but the humidity produces a strong wind chill. It is important to note that you will experience some non-sunny weather while in Barcelona. It rains an average of 90 days a year, but rarely rains the whole day. Barcelona experiences some of the most sunshine in all of Europe with 2,524 hours per year, so don’t forget to pack your sunglasses and sunscreen.